Barry Holmans’ enthusiasm for gardening began as a young boy and by 13 years old he was helping out at Royal Horticultural Society’s Wisley Gardens during school holidays. Today, Barry Holman Gardens creates lasting and beautiful outdoor spaces for private homeowners.

Barry’s impressive track record in contemporary and traditional garden design includes project management and restoration for large estates, hotels and private dwellings. He recently spent 12 years as Head Gardener at the award winning Whatley Manor Hotel & Spa where he was responsible for creating 26 garden ‘rooms’ in a two year project before the hotel opened its doors to the public. During his outstanding career, Barry has also co-hosted events with David Howard, Head Gardener of Highgrove, assisted with exhibits for the Chelsea Flower Show and Liverpool Garden Festival and his work has been featured in many publications including Homes & Gardens, Country Life, The English Garden and Cotswold Life. 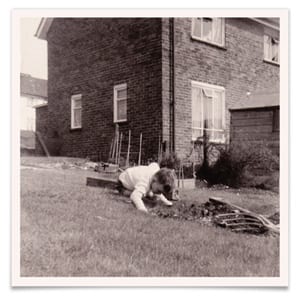 We are accredited installers of Wildflower Turf Ltd.